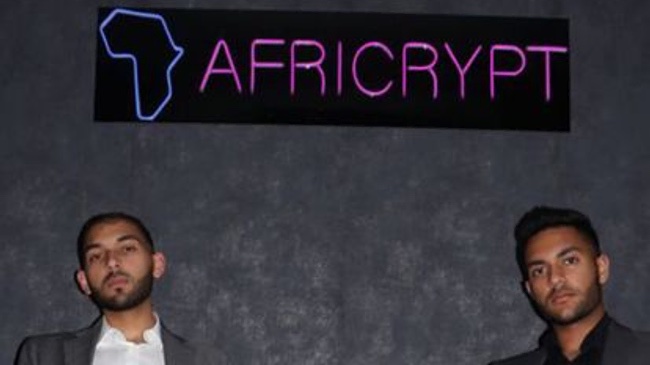 According to the evidence Peirce has gathered, a few days prior to the purchase of the Lamborghini, they sought insurance for a “supercar” BMW 750i of which prices start at R2.5m.

A month later, they booked a family holiday for eight people to Dubai and the Maldives, with the first-class tickets on Emirates alone – excluding accommodation – costing R592 695.48.

Peirce said his clients range from people who invested their life savings in Africrypt to a client who sold her car to invest in the scheme.

Many of his clients have now been left high and dry after the Cajee brothers absconded with an estimated R51bn in Bitcoin – in what financial investigators believe could be the biggest digital heist in history.

Africrypt was founded by Raees and Ameer Cajee in 2019. They boasted to investors that the company had grown from a one-man operation running out of a bedroom to “one of Africa’s largest and most successful AI trading companies”.

However, on April 13 this year Raees wrote to investors saying they had to stop operations because of a hack.

“Our system, client accounts, client wallets and nodes were all compromised,” he said.

Raees advised investors not to go to the police as that would “only delay the recovery process”.

Peirce was hired at the end of April and through his network in the Council of Investigators of which he is a member has been painstakingly building a case not just against the brothers but their parents in whose accounts money had allegedly been filtered through.

Peirce said that working with a cybercrimes consultant they were able to probe the Cajee’s email addresses and company websites to see if they had indeed been hacked as was claimed.

The cybercrimes consultant probed the Africrypt website for Domain Name Server poisoning/hijacking – which is a technique used by malicious parties to intercept traffic from a website/domain and redirect to a fake version – and found no malicious activity, Peirce said.

In addition, Peirce said his investigation found that contrary to Africrypt’s contention that its Application Programming Interface (API) keys – used to connect to a database to send and receive data – were frozen/stolen and client information had been breached, this was not the case.

He said the cybercrimes consultant searched various dark web markets looking for exploited API Keys linked to Africrypt and his findings showed whilst there were records of other well-known Crypto entities there was no record of Africrypt.

“Through various addresses supplied to him, he was able to resolve a bitcoin wallet belonging to Africrypt that had a transaction history of 75 459 BITCOIN (BTC) to the current value of $2,856,000,000 USD (Billion). The Bitcoin address had various micro-transactions going out to multiple wallets. This process is known as mixing and is normally used by hackers to launder stolen Bitcoin. Mixing is a laundering tool that would constitute money laundering…It is my personal and professional opinion that Africrypt has scammed its investors,” he said.

In High Court filings this week to stop the liquidation of their company by angry investors, Ameer denied that they had fled and said they did so because their lives had been threatened.

“We were forced to flee the country — with our immediate family, including my disabled father — after receiving numerous death threats,” he said.

“We have had our location tracked, our mobile numbers hacked, and my father was, also, at one stage kidnapped.”

According to a report in The Guardian Raees paid $130 000 (R1.9m) for citizenship to the Pacific Island nation Vanuatu in October 2020 under its “golden passport scheme”, with Ameer doing the same in January.